Goalie Stats are broken down into two sections, Career Stats, and Year Stats to make finding the stats you're looking for easy.

Career Stats are where you will see all of the years and seasons that the goalie participated in, while Year, is where you will be able to see how this player performed in past years. 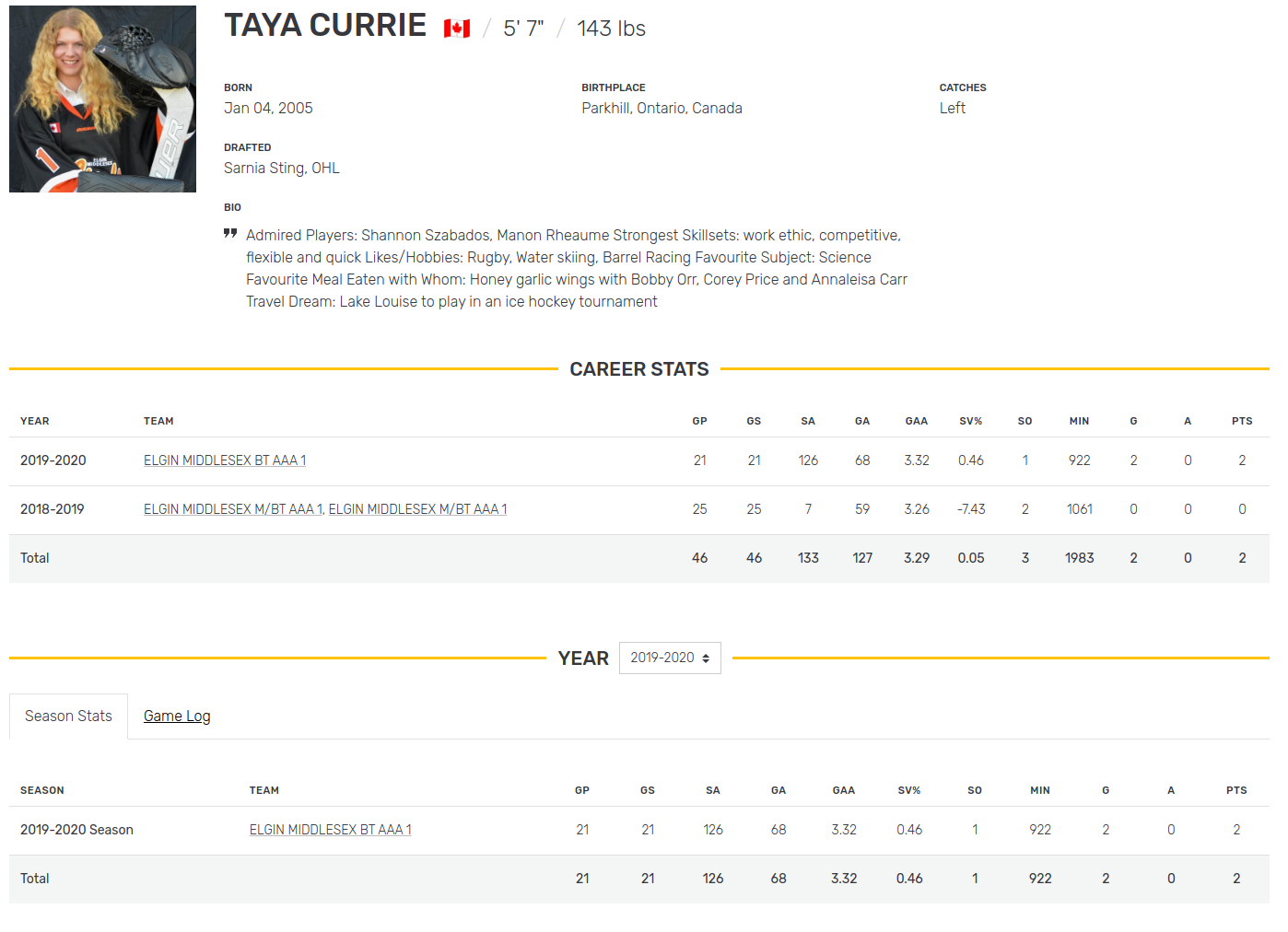 How to Define the Stats

Games Played (GP): Number of games the player has set foot on the ice in the current season.

Games Started (GS): The number of games the goaltender has started the current season.

Shots Against (SA): Shots against the goalie.

Goals Against (GA): Goals allowed by the goalie.

Shutout (SO): Credited to a goaltender who successful stops the other team from scoring during the entire game.

How do we Calculate Stats

Most of the stats are very straightforward when understanding how they are generated. However there are a couple that may not be as intuitive, so I will break down exactly how we calculate them.

*The GAA statistic uses the period lengths that are set out in the season/division settings for the game length.

This is calculated by dividing the number of saves, by the number of shots on goal. Although the statistic is called "Save Percentage", it is given in a decimal.

Did this answer your question? Thanks for the feedback There was a problem submitting your feedback. Please try again later.
Last updated on September 16, 2021