The GameSheet Scoring app allows the Score Keeper to track the shots taken by each team.  If the shot tracker is used the Save Percentage for the goalies is calculated. 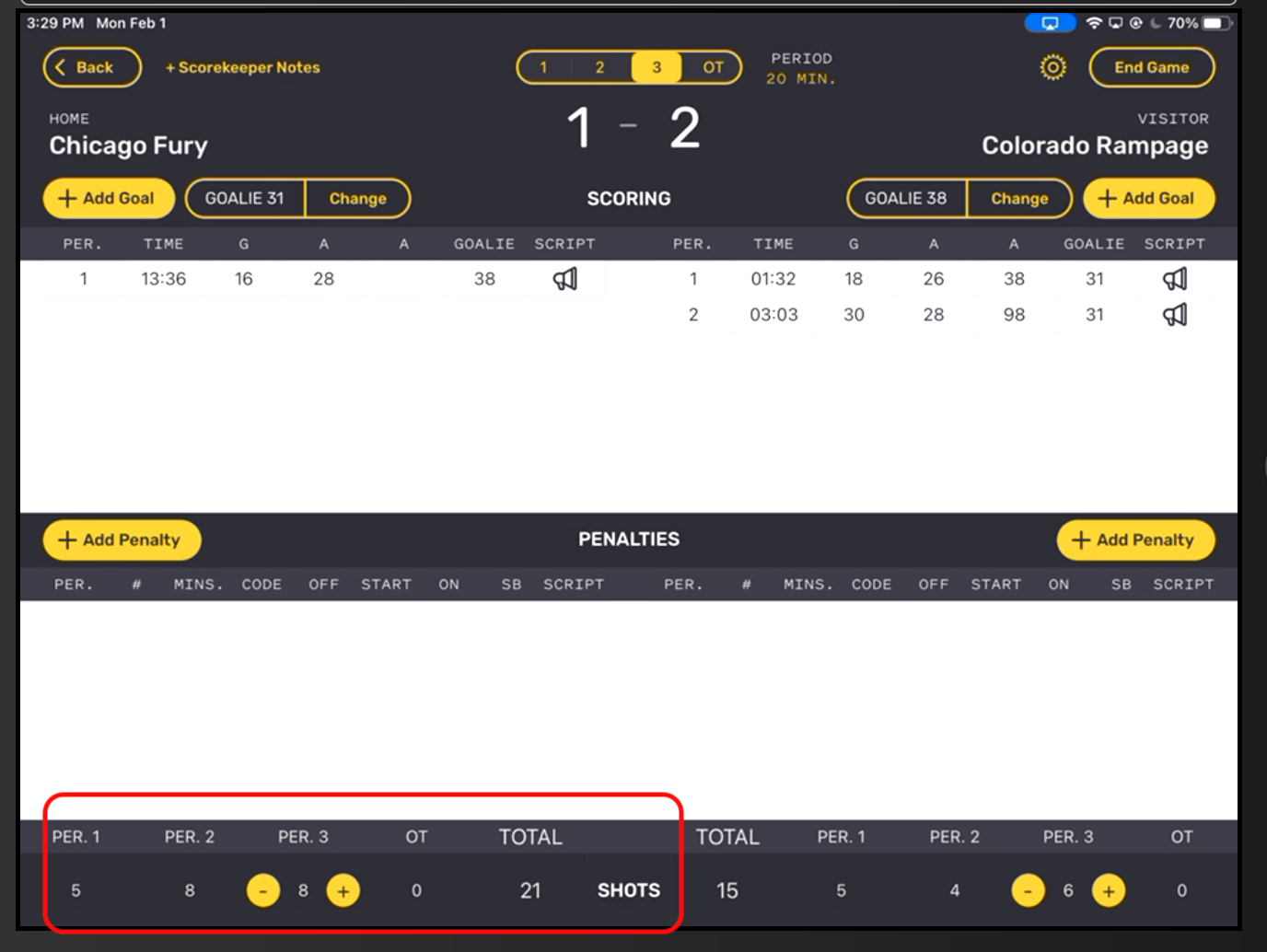 Did this answer your question? Thanks for the feedback There was a problem submitting your feedback. Please try again later.
Last updated on February 1, 2021