GameSheet uses the concept of a Goalie Shift to track and assign goals against — this includes Empty Net. The first shift begins for the Starting Goalies at the commencement of the game and will only end if a new goalie shift is added.

A goalie change is initiated by tapping the "Change" button on the Scoring screen. This will open a new window showing the goalie shifts along with a "Change Goalie" button used to add a new shift. When adding a new shift you first specify the time the shift begins and then you select from either another goalie or Empty Net. Once a shift is added, goals scored during that shift will be automatically assigned to the goalie or empty net selected. 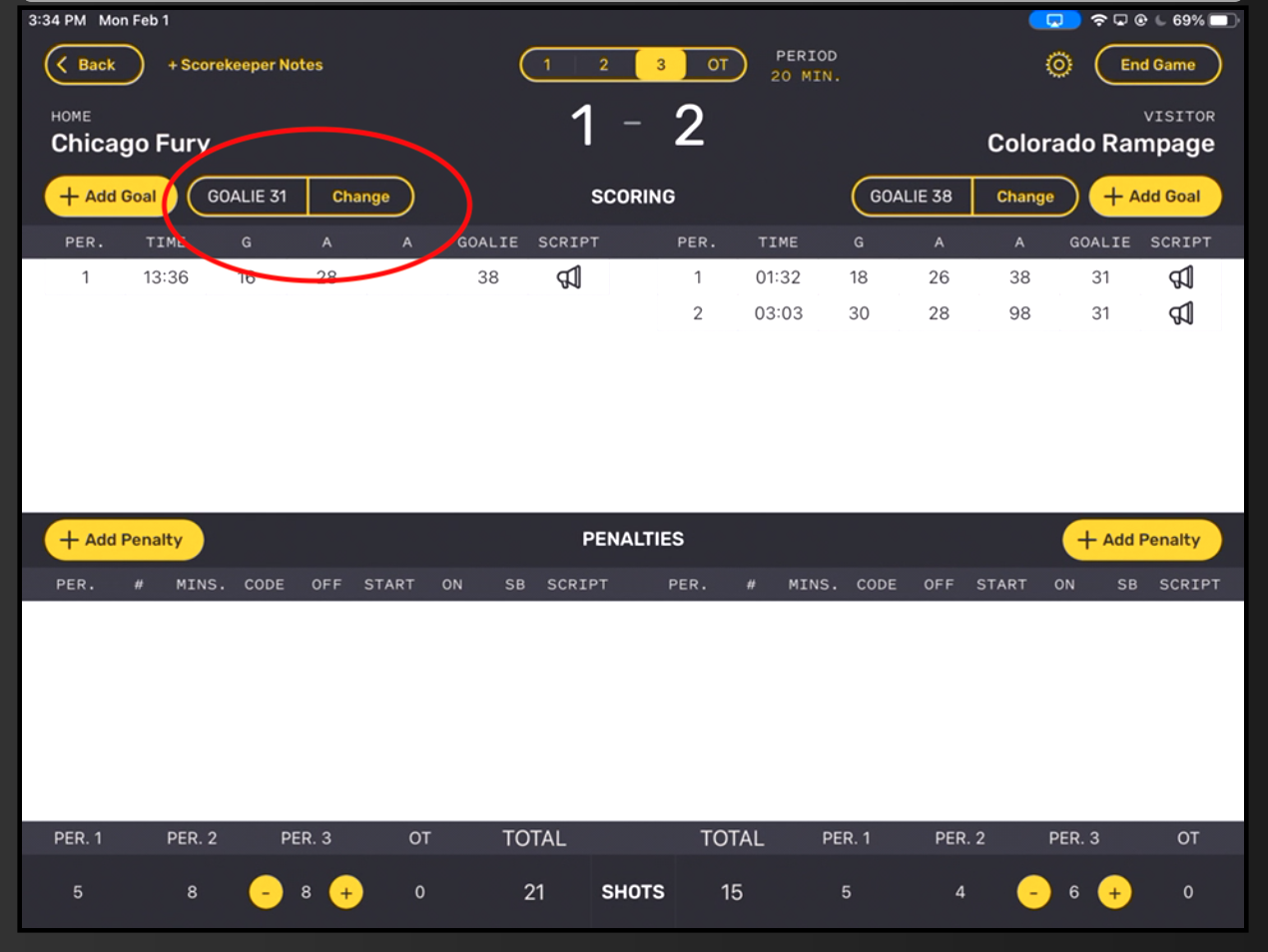 A Goal was assigned to the wrong Goalie?

Goalie shifts can be created and updated at any time and any goals scored during a Goalie shift (even if entered after the fact) will be assigned automatically.

Did this answer your question? Thanks for the feedback There was a problem submitting your feedback. Please try again later.
Last updated on February 1, 2021